This year 15 Morningsiders embarked on a service trip to Xiaban Village in Fujian Province to refurbish a local tulou that houses a few elderly residents. During their week-long service project students developed an understanding of some of the social issues faced by hollow villages and gained a new appreciation for rural China.

Before beginning their service, students visited a famous tulou and UNESCO heritage site, Four Dishes One Soup 四菜一湯. This visit showcased the differences between preserved tulou and the site where students would work, which has fallen into disrepair and receives no funding from UNESCO or the government.

The project was shaped by guidance from local community members. Student interviews focused on learning about the traditional methods used to repair tulous, including stone and cement layering, and mud mixing. During these interviews, students learned that the tulou they were working on was over 700 years old, and once housed over 200 people. However, as younger residents began moving away to pursue better educational and work opportunities, mostly elderly and very young residents who were unable to provide the labour or money needed to preserve the tulou remained. Finally, students were able to get a better understanding of the specific needs of the elderly living in the tulou, and prioritize the work projects for the week.

During the week, students worked on three main projects. First, the inner courtyard was weeded and cleared of rocks and trash. Second, the gutters surrounding the tulou were cleaned and widened. This was important because the tulou is at the bottom of a mountain, and when it rains the water comes down and threatens to destroy the foundation. Third, the walls were noticeably falling apart. After being taught the traditional ‘mud’ method of wall building by a local villager, students were able to tackle two of the main walls. All the materials, with the exception of cement, were gathered from local and sustainable sources. Sand was collected from riverbanks, rocks were gathered from the river and the courtyard, and clay from a site in the mountains.

On their final evening, students were treated to a puppet show, a Fujian specialty. Several locals, including an elderly woman that inhabits the tulou, came out to watch. Students also had the chance to use the puppets themselves and put on a short play! 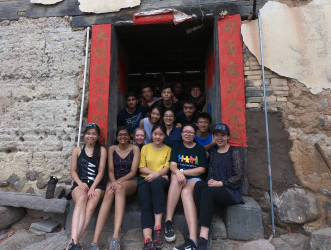 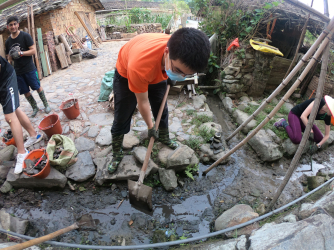 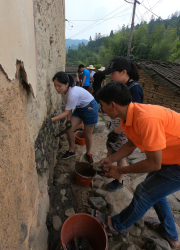 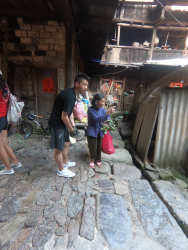 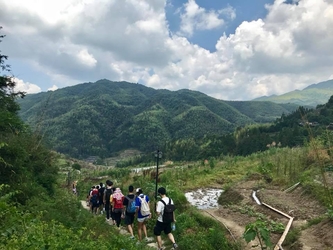 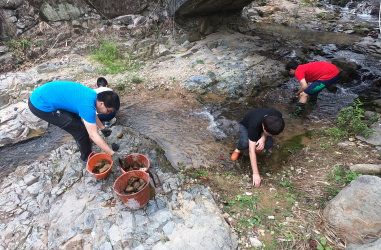 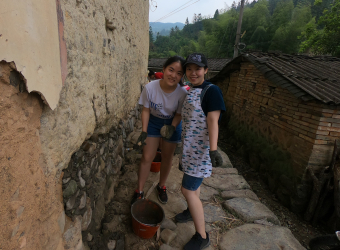 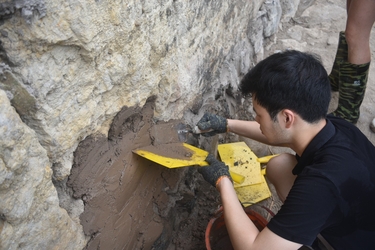 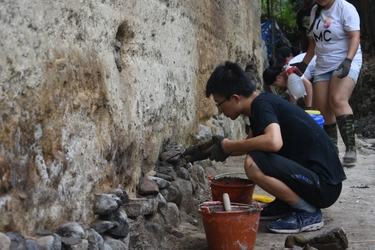 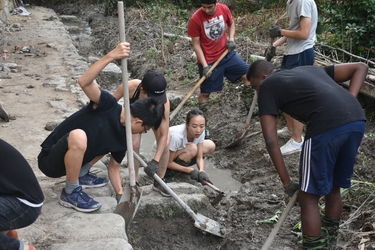