Last week, as part of the One Book Programme, Morningside College welcomed the author of Without You, There is No Us: Undercover Among the Sons of North Korea’s Elite, Suki Kim. Being the only writer to have lived undercover in North Korea for immersive journalism, Kim is an unparalleled expert on the subject. Kim is also widely recognized for her accomplishments as a novelist and investigative journalist. She has received the PEN Open Book Award, and her work has been published in the likes of The New York Times, The Washington Post and The New Republic, where she is a contributing editor.

Kim gave a public lecture to a full house on Monday evening. During the lecture, Kim highlighted the difficulties of uncovering the truth, be it in reporting on North Korea, which she described as a “cultural Galapagos”, or in existing under constant control and surveillance within the regime. Kim also spoke of the students she had taught while undercover as an English teacher at a prestigious all-male university and the influence of the “Great Leader” narrative on their lives.

Following her public lecture, Kim joined students at a Morningside-exclusive Meet and Greet session. Kim signed copies of Without You, There is No Us, raffled off copies of her debut novel The Interpreter, and answered many of the questions that the students had. Kim discussed her work and addressed the criticism that she has received in her coverage of North Korea. By hearing of her experience as a journalist, students gained insights into the issues of gender in the journalism industry. Kim spoke of the Meet and Greet session as the “highlight” of her time in Hong Kong and her favorite engagement in recent memory.

Morningside College launched the One Book Programme earlier this year as a way to unify the community in deeper inquiry around scholarship, virtue and service. As the first One Book Programme visitor to Morningside, Kim strove towards these goals by pushing students to think critically about the afflictions of those affected by the North Korean regime, and the struggle for virtue in spite of those circumstances. 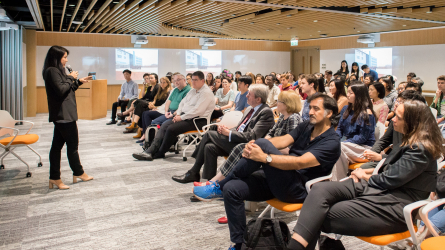 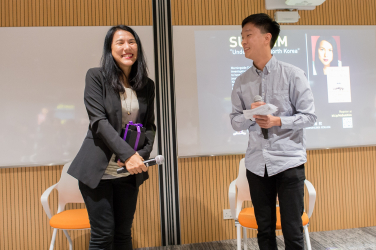 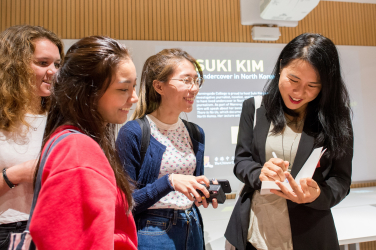 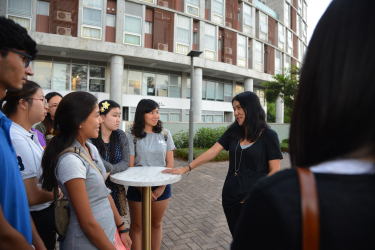 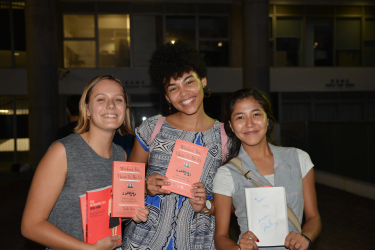