My reasons to be cheerful

This is a reflective piece of some sort on an episode of the Freakonomics podcast titled “Reasons to Be Cheerful” that I recently heard. However, what I really would like to do is to share two recent fun things that I did and had thought to be worthwhile. As a programmer, I imagine that many of my “fun” days will not be all that interesting for most people since they mostly consist of sitting around, so let me share two of my more “active” days.

“You gonna watch the eclipse?” I received a message from a friend a few weeks before returning to Chile from Denmark.

“Yea I don’t think I’ll go, gonna be just arriving the day before.” At that moment, I was not at all keen on making a fuss to see the moon cover up the sun over a couple of hours. Furthermore, since I was arriving in Santiago on an early flight on the 1st of July, I would have to rush home to drop off my things before hurrying off to god-knows-where so that I would be in this “path of totality” to see 100% of the total solar eclipse. What’s the path of totality anyway?

After briefly looking up solar eclipses and reading meticulous plans (here and here)  that get updated continuously with the latest weather projections, I was convinced. After all, I was arriving a day before without planning to. What were the odds?! 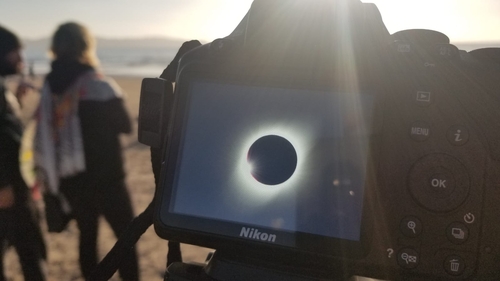 Many came to take photos of the eclipse. Though I would recommend not worrying too much about taking an insta worthy photo for your first eclipse.

I finally chose to see the eclipse from the beach of La Serena, the capital city of the Coquimbo region. While the solar eclipse was exactly what you would see from YouTube videos, nothing quite captures the experience: Talking with aficionados and newcomers who have travelled from all over the world for this astronomical phenomenon, the building up of anticipation from the crowds in the last few hours, cheesy playlist of songs like “Total Eclipse of the Heart” playing in the background, putting on my coat as the temperature suddenly drops, “Look! Shadow bands! Shadows bands!!”, the total eclipse, flocks of birds flapping around high up in confusion at the sudden darkness, the gradual return to normality, sunset. As noted by an aficionado, solar eclipses are really one of the few astronomical phenomena that everyone can enjoy and appreciate. Oh, you can see the next one in Chile too? Nice!

Me at the Elqui valley. After the eclipse, I went on a tour across the Elqui valley which is known to be a wine region. This is a strange fact because it has a dry and barren landscape. Having very low rainfall also made it the perfect place for hosting large telescopes.

Fiestas Patrias or the Dieciocho commemorates Chile’s independence. While it is officially a two-day holiday, for most, celebration starts earlier and continues for the whole week. During the celebration, every household hangs the Chilean flag at the front and celebrates through traditional activities like dancing cueca, going to fondas and having barbecue.

Since I rent a place from a Chilean family, they always invite me to their parties with their friends and extended family. While at first I did not feel completely myself amongst strangers, many have become friends over the last few years. 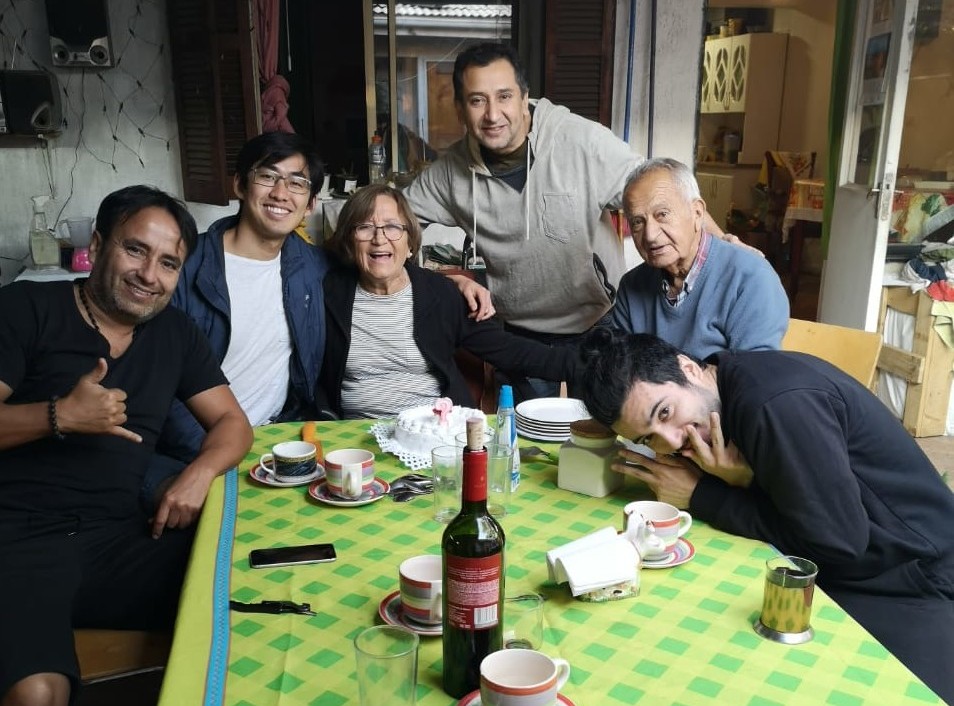 From left to right: Marcelo, Jonathan (Me), Sonia, Derek, Enrique and Mauricio.

Empanadas before and after baking. We decided to add a touch of chinese culture by adding chinese characters onto the empanadas. I of course added my surname onto one of the bigger empanadas to mark territory!

One of the things that I particularly enjoyed is making empanadas at home. Empanadas are these savory baked or fried pastries with various possible fillings. The most traditional version is the empanada de pino which has diced beef sautéed with onion, two olives and half a hard-boiled egg. We would clear out the dining table, cut out flattened dough with saucers and pile little mounds of fillings onto them. Sonia would add her secret ingredient to the dough so that it would have this crunchy crust. I guess that I will always remember this fondly because it made me feel connected. In some ways, it feels parallel to the times at home during Chinese New Year.

I have shared two things that made my day last year. While these are certainly not representative of my daily life, I hope that they illustrate some possible moments of a life as a foreigner in Chile.