On 19 March, Morningside hosted the 6th Annual Photography Competition Award Ceremony. This year we were pleased to receive more than 230 submissions from students at each college at CUHK.

The jurors this year were Prof. Nelson Chen, Director of the School of Architecture, and Lalla Ward, noted artist, actress, and author. Gordon Choi of New Asia College was awarded the Grand Prize for “Limiting the Skies”, which captured the judges with its “contrasting elements: clouds reflected on a glass wall against a cloudless sky; unruly branches of planting disrupting a linear parapet edge; and, a security camera outside revealing a human presence hidden inside”.

This year also saw the establishment of the Nelson Chen Architectural Photography Prize, which recognizes photography that creatively captures an architectural structure’s design and features. The prize is named for Prof. Nelson Chen in appreciation of his service as a thoughtful judge for the photography competition over the years. Philip Fan of S.H. Ho College was awarded the Nelson Chen Prize for “Shelter the Uncertainty”, which the jurors selected for its “composition of shadows and light” and “how its effect resembles a darkened theatre with its players crossing the stage under a proscenium arch”.

Thank you to all the students who submitted photographs this year, and congratulations to all the finalists. 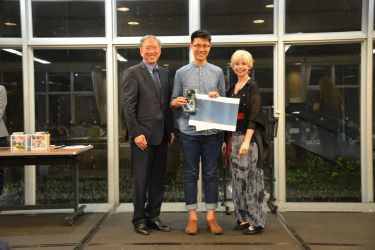 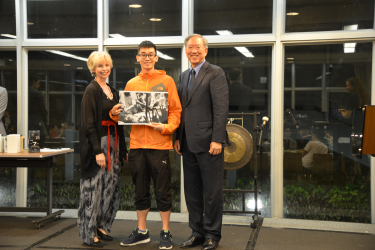 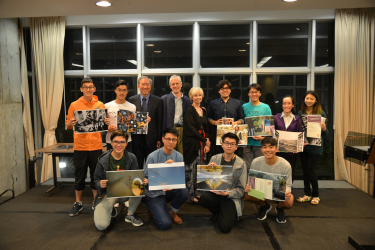